Julan and I walked all the way to Arkngthand, a dwemer ruin suddenly appearing right in front of us. I had never seen anything like it before; a building with several tall, golden towers that glinted in the sunlight. The Dwemer had been clever. Really clever, I thought. 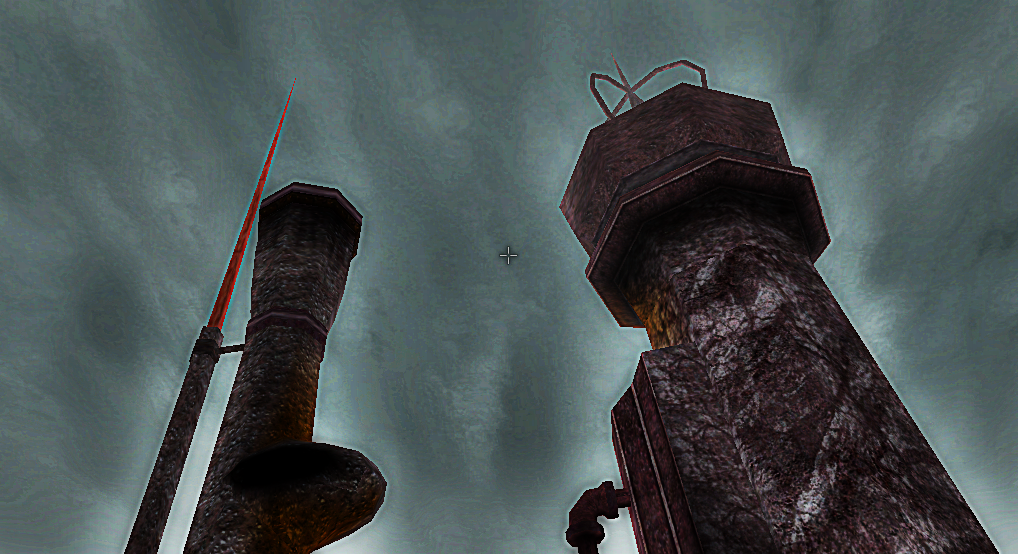 "Be careful around here," Julan advised. "There might not be anyone in here, but I heard that the contraptions the Dwemer made still work."

"You mean you don't actually know?" I snapped.

"It's not like I've actually been inside a Dwemer ruin before," Julan said impatiently.

Without another word, I made my way up the golden ramp to the large Dwemer ruin looming over us. I knew Julan was only trying to protect me, but I was wholly annoyed by it too.

"Listen," I turned to face Julan, who was smiling awkwardly. "Can we talk...about what happened the other day?"

I raised my eyebrows and returned the grin. "You mean when we...kissed?"

This was a rather unexpected way to start a conversation. Especially now, of all times.

"I need to know where I stand with you," Julan said. I sensed the nervousness in his tone. It wasn't hard to miss at all. "I mean, I'd hate to think that kiss was just a one-off. But I don't know how you feel. I don't feel like making a fool of myself, if you're not interested..."

I thought for a moment. Yes, I was interested...even if things were moving a bit quickly.

"Yeah…." He was smiling. "No one's ever kissed me quite like that before. But Ulina, to be honest, I'm not in any position to get involved with someone."

I tried to think of a reason why not, and then remembered what Julan had told me about Shani and how their relationship ended.

"My mission is too important, and this sort of thing has, uh… caused problems in the past," Julan finished.

"I get it," I told him, keeping my voice as quiet as possible. Our voices had been getting louder and they may as well have been bouncing off the wall.

"I know I shouldn't be doing this, and I can't let it get too serious, but…there's something about you," Julan reached to brush some of my loose hair behind my ear. "May it's those red curls of yours?" he joked.

I laughed slightly at this remark.

"I don't know what it is, but I'm intrigued," Julan continued. "I can't stop thinking about you. And I can't help but wondering…Is there anyone else?"

I held a hand up.

"Don't tell me; you're afraid some big Nord might come and put a warhammer through your face, aren't you?" I deadpanned, still trying to keep quiet so my voice didn't echo again.

"No!" Julan protested. I smirked and he caught on, shaking his head. "Well, maybe, but I don't care if they do, let 'em try," he grinned. "I just want to know if I have any competition. Call me selfish, but I don't like the thought of sharing you."

"Well, you won't be," I said flatly, before kissing him on the cheek. "There isn't anyone. There never was before you. Now come on! We have work to do."

Without another word on the subject, Julan and I kept moving through the halls of Arkngthand. Now that we had actually started moving, I thought I heard distinct sounds of chatter in another room.

Julan didn't respond, he only moved closer to a large, metal door and put his ear up to it. I shook my head and narrowed my eyes, giving him the indication to come back but alas, there was no response.

"I think there might be someone in there," he said.

I folded my arms across my chest. "I thought you said there wasn't anyone here?"

With that, the large, metal door burst open and what looked like eleven or twelve people emerged. Most of the were Imperials, but they were being led by a Dunmer. The leader gave me a very nasty smile.

"Just what are you s'wits doing here?" He snapped.

I gulped. The men behind him were hold very rusty looking knives and axes. If one of them was to hit me or Julan, surely it would cause a nasty wound as well as an infection.

He handed it to me with his hand behind his back. I took it in a similar way, holding it up to the group of bandits threateningly. The most frightening thing was that they weren't threatened at all. In fact, the Dunmer ring-leader laughed.

"You think we're scared of an Outlander and an Ashlander?" he snapped. "Go ahead, fight us. Fight us and die, fetcher."

That was when swords were drawn and I quickly ran into the room, grabbing what I guessed to be the Dwemer Puzzle Box before turning back to Julan, who was trying to fight five bandits at once. I sighed and decided I would have no choice but to help him with this. When all the bandits lay but the Dunmer ringleader lay unconscious the ringleader looked shocked.

"Not so brave without your cronies now, are you?" Julan sneered.

"Julan, shut up," I snapped, though I kind of had to admit to myself that the ringleader did wear an expression for fear. "Come along."

We quickly left the ruins of Arkngthand. I never wanted to set foot in another Dwemer ruin again as long as I lived.

Antabolis was more than pleased to receive the box, and told me information about the Sixth House. I asked him to tell me what he knew, with Julan narrowing his eyes as I did so.

"House Dagoth is the Sixth House, the "lost" Sixth House," Antabolis explained. "In the First Age, House Dagoth betrayed the other Great Houses during the War of the First Council, and was destroyed for their treason. I can answer any questions you have, but I'll also give you some notes to give to Caius, and recommend some Sixth House references he should read."

He then handed me an envelope that was sealed. Obviously it was the notes for Caius.

"And the Nerevarine Cult?" I asked. "Caius told you to ask about that too."

"Let me think…" Antabolis mused. "I actually don't know much about the Nerevarine Cult. But I do know the basics."

I said nothing, but glanced at Julan. He looked livid now.

"The Ashlanders believe a reborn Nerevar will unite the Dunmer against the outlander invaders and restore the ancient Dark Elven nation," Antabolis explained. "Nerevar is a legendary hero and saint of the Temple, but the Temple denies the prophecy, and persecutes heretics who believe in the Nerevarine. Tell Caius that Sharn gra-Muzgob would be a better person to ask about the native faiths and superstitions."

Great, I thought. Another task for me to do.

I was right. Caius sent me back to the other side of town after I visited him and brought him the notes, so Julan and I trudged back to the Guilds and visited Sharn gra-Muzgob, an elderly Orc mage. An Orc mage was a highly unusual sight, given that the race was terrible with magic. In the end, Sharn sent us to the Andrano Ancestral Tomb outside of Pelagiad - a rather difficult trip from Balmora - to retrieve a skull.

"She's insane," Julan muttered under his breath when we left. "No one in their right mind would send someone into an ancestral tomb. It's disrespectful!"

"This Ashlander cult believes the long-dead hero Nerevar will be reborn to honour ancient promises to the tribes. According to legend, the prophesied Nerevarine will cast down the false Gods of the Tribunal Temple, restore the traditional ancestor worship practiced by the Ashlanders, and drive all outlanders from Morrowind.

"Both Temple and Empire outlaw the cult, but it persists among the Ashlanders, who care little for Imperial or Temple law. The Temple tries to dismiss it as primitive superstition, but they spend an awful lot of time talking about something so apparently inconsequential, and persecuting those who declare to be the Incarnate. Yes, there have been more than one," Sharn said.

I wanted to ask her several questions, but the sharp look Julan gave me changed my mind, so I let Sharn continue.

"Ashlander culture honours dream visions and prophecy and wise women interpret dreams and visions, and pass them on to succeeding generations. The most common version of the Nerevarine Prophecy is 'The Stranger'. I'll write the verses I know from memory. There are two interesting points to note. One is the reference to moon-and-star. Did you know that Nerevar was known to possess a magical ring named 'One-Clan-Under-Moon-and-Star.' Nerevar swore his promise to honour ancient Ashlander traditions and land rights on this magical ring. The second is the reference to 'Seven Curses', which is almost certainly a lost prophecy. There are others too: Seven Visions of Seven Trials of the Incarnate is known by name only and there may be more. Is there anything else you want to know?" Sharn said this as she stacked several books on the table.

Sharn then handed me a stack of papers.

"Take these notes back to Caius," she instructed. "This should prove informative enough."

Late that night, while Julan was still asleep, I flipped through a copy of The Stranger that Sharn had given me. Caius wasn't in for some reason. Either that or he was asleep, so I couldn't give him the notes. A certain point into the book, I read the final passage. Then again. Then, the third time I read it, I whispered the words aloud.

When earth is sundered, and skies choked black,

And sleepers serve the seven curses,

To the hearth there comes a stranger,

Though stark-born to sire uncertain

His aspect marks his certain fate

Wicked stalk him, righteous curse him.

Prophets speak, but all deny.

The stranger's fate, the curses' bane.

Many touchstones try the stranger

Many fall, but one remains."